We will begin our learning this term by writing a Warning Tale following the Talk For Writing principles. This will include specific grammar teaching which the children will also use in their writing.

The children are learning to write persuasive letters at the moment following the Talk for Writing principles. The children have learned to recount a persuasive letter aloud in order to internalize the language features of this genre. They have constructed a 'Toolkit' of text and language features which they will use in their own writing. They will use their own research into the Australian bush fires to write a letter to the prime minister asking him to provide more support for this massive problem.... 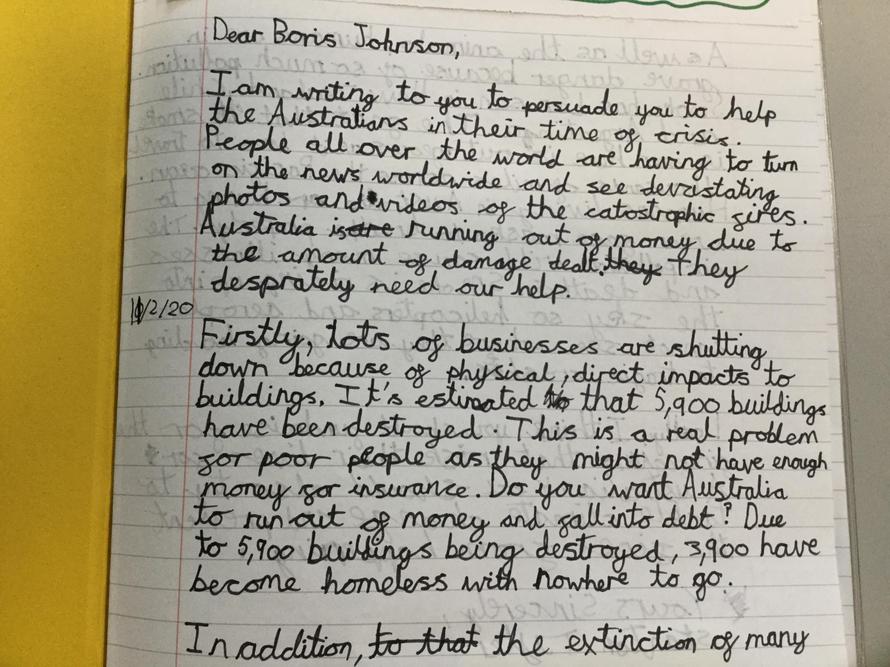 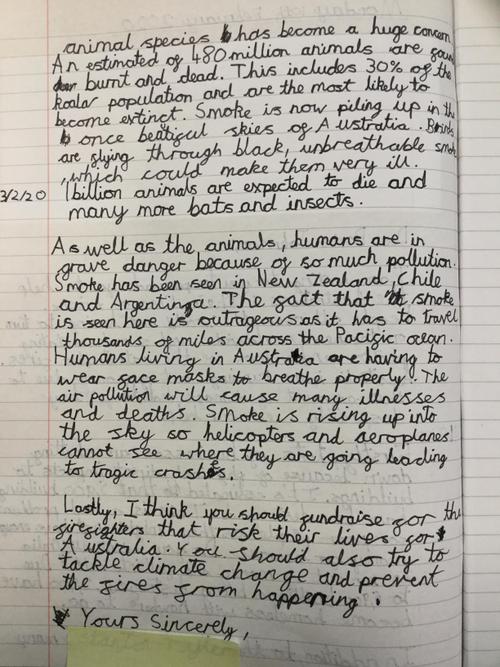 As part of Black History month, we have been reading some of Benjamin Zephaniah's poems - No Problem and The British -

which led to some interesting discussions about making assumptions, stereo-typing and racism.

We were then inspired to write our own poems....

But I bear de brunt

Of the silly playground taunts

I am born academic

But they got me on de run

If yu give I a chance

I can teach yu of Timbuktu

I can do more dan dance

I greet yu wid a smile

Yu put me in a pigeon hole

But I am versatile.

Take some Picts, Celts and Silures

And let them settle

Then overrun them with Roman conquerors.

Remove the Romans after approximately 400 years

Add lots of Norman French to some

Trinidadians and Bajans with some Ethiopians, Chinese

Then take a blend of Somalians, Sri Lankans, Nigerians

Combine with some Guyanese

And turn up the heat.

Iraquis and Bangladeshis together with some

The add to the melting pot.

Leave the ingredients to simmer.

As they mix and blend allow their languages to flourish

Binding them together with English.

Add some unity, understanding and respect for the future,

Note: All the ingredients are equally important. Treating one ingredient better than the others will leave a bitter, unpleasant taste.

Warning: An unequal spread of justice will damage the people and cause pain. Give justice and equality to all.