This week the children had to create a weather report explaining about the different weather conditions in different seasons. The children used a UK map to present their findings looking at the notes they had discussed and planned.

'Paddington is migrating to England and he is staying for a year. He is unsure what the climate is going to be like in the UK, as he has lived in Peru, where it is humid and hot. You are going to send him a video explaining what the climate and weather is like here in the UK so that he is prepared and ready to live here. You are going to report back to him the weather in the diffrent seasons in the UK just like a news reporter would'

Here are some photos and videos.

We can't wait to hear back from Paddington! 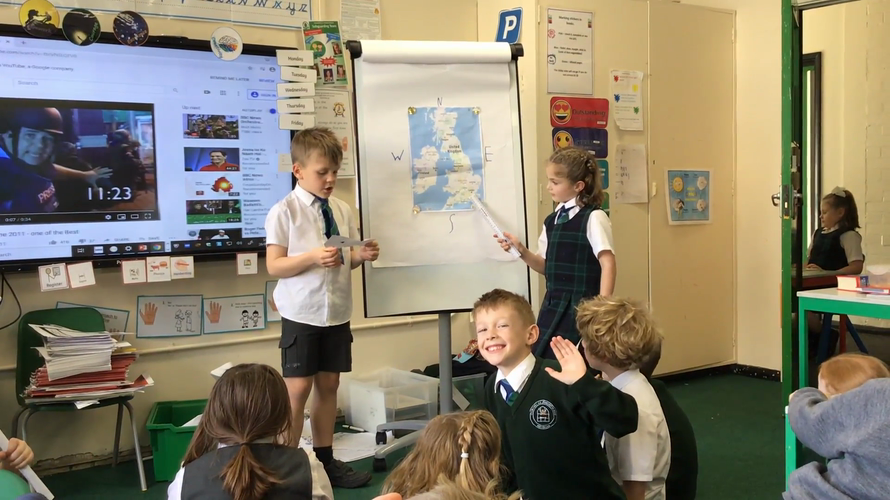 Each week we researching the different biomes. This research helps us to create a travel brochure explaining the characteristics of the biomes and comparing them from each other. We have already explored the Desert and the Reefs.

We have been locating the world's climate zones on a globe and map.

We have been describing the different biomes. 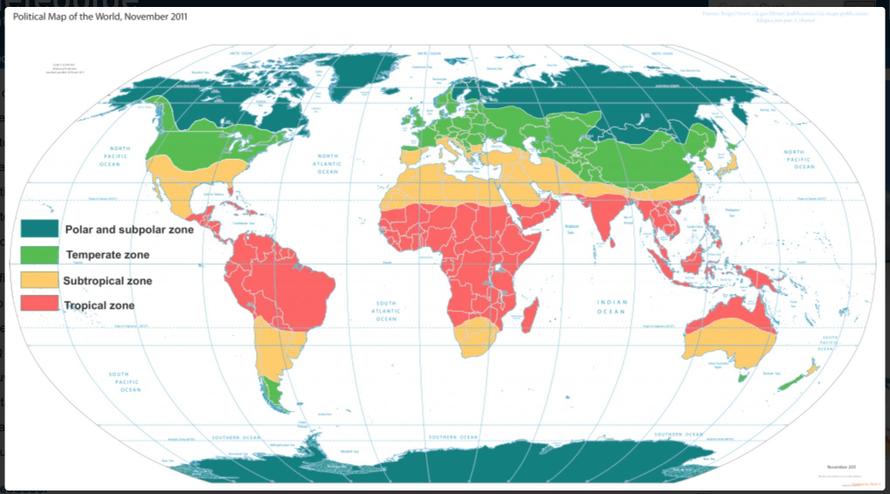 plant and animal life and the activities of the people

Climate: weather patterns in a place over a long

period, such as seasonal rainfall, sunshine and

and/or cold, where few forms of life can survive

Drought: period with very little or no rain

Environment:conditions to which a plant, animal

or person is adapted

Fauna: animals native to an area, such as birds,

Flora: plants native to an area, such as trees,

Rainfall: measured level of water that has fallen as

rain, snow, sleet or hail in a given period

Temperature:measured level of heat or cold in the air

Tropical: to do with the region on either side of the

Equator, between the Tropics of Cancer and

Tundra: land where the soil beneath the surface is

frozen all year and trees cannot survive the low

plant life grow, adapted to the conditions there

Weather: conditions in the atmosphere on a

particular day, such as temperature, windiness,

On Wednesday it was lovely to share some amazing and creative homework. We did a class gallery to see what everyone had produced.So much hard work and determination was put into their writing and designing, I could really see this! 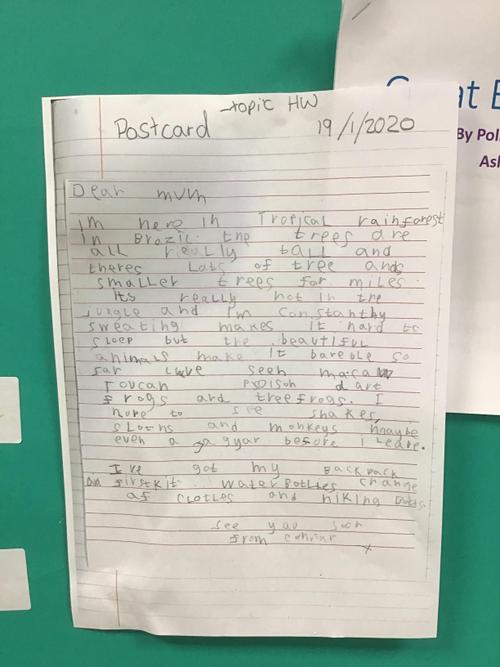 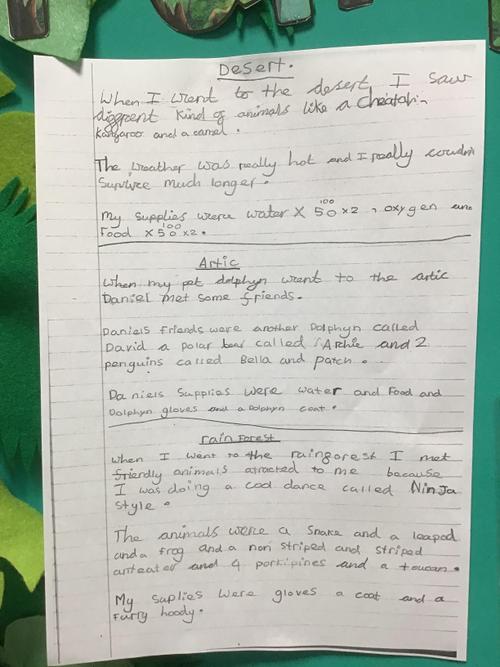 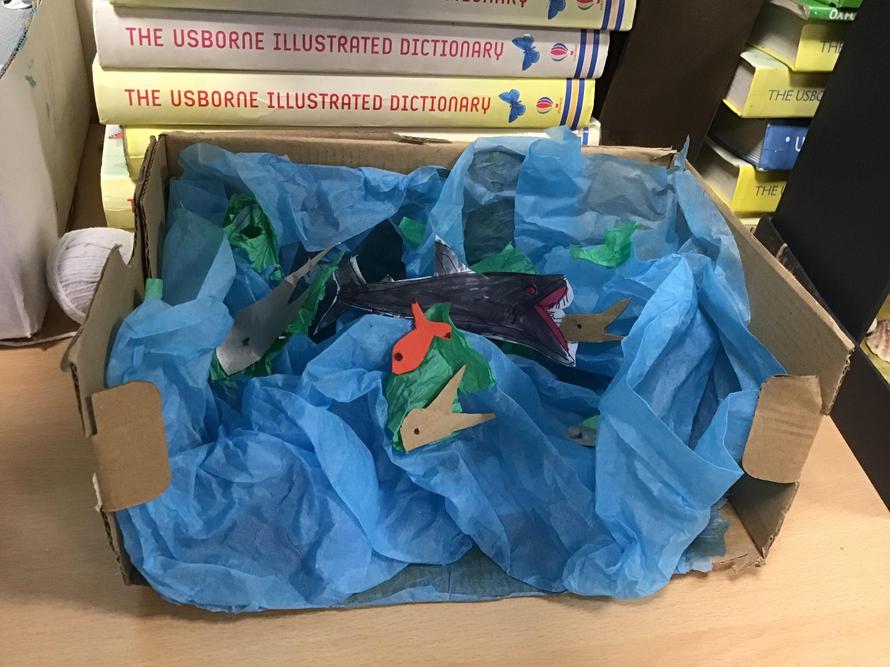 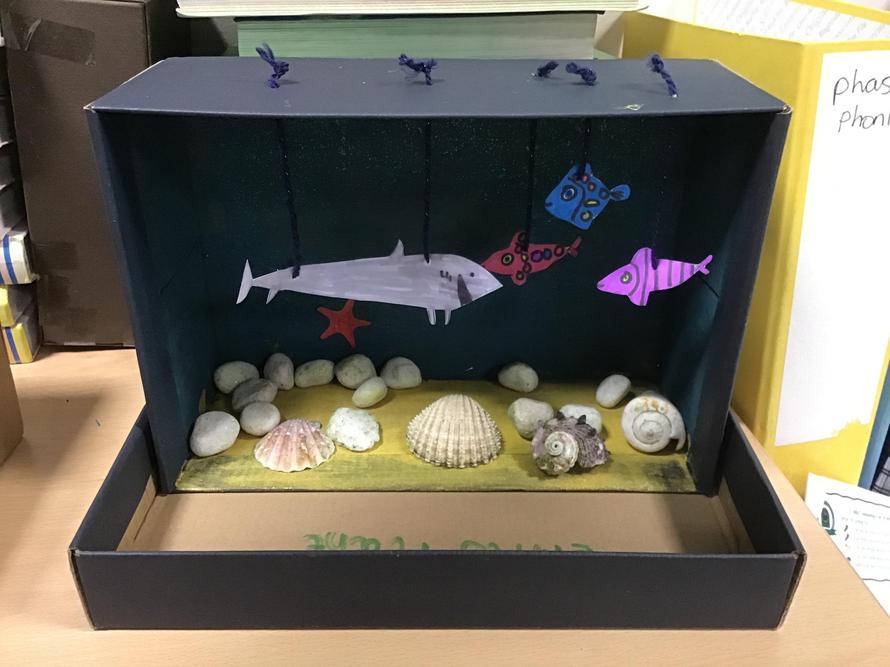 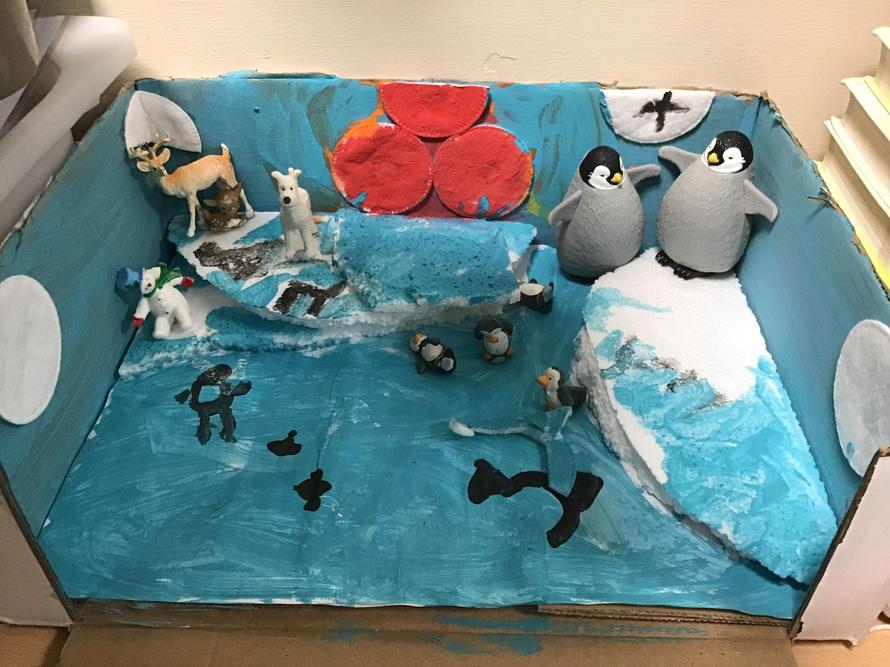 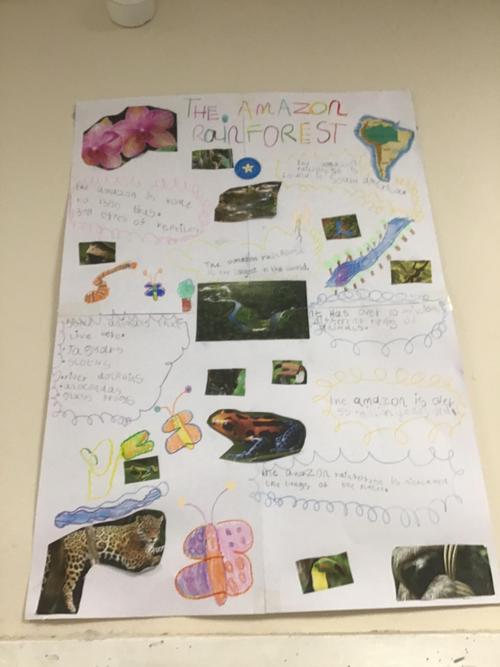 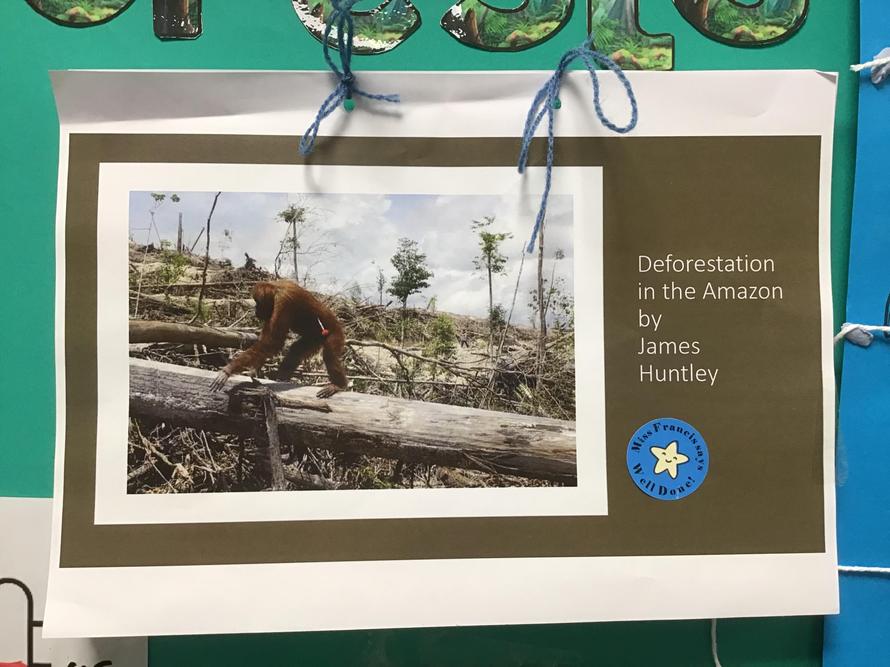 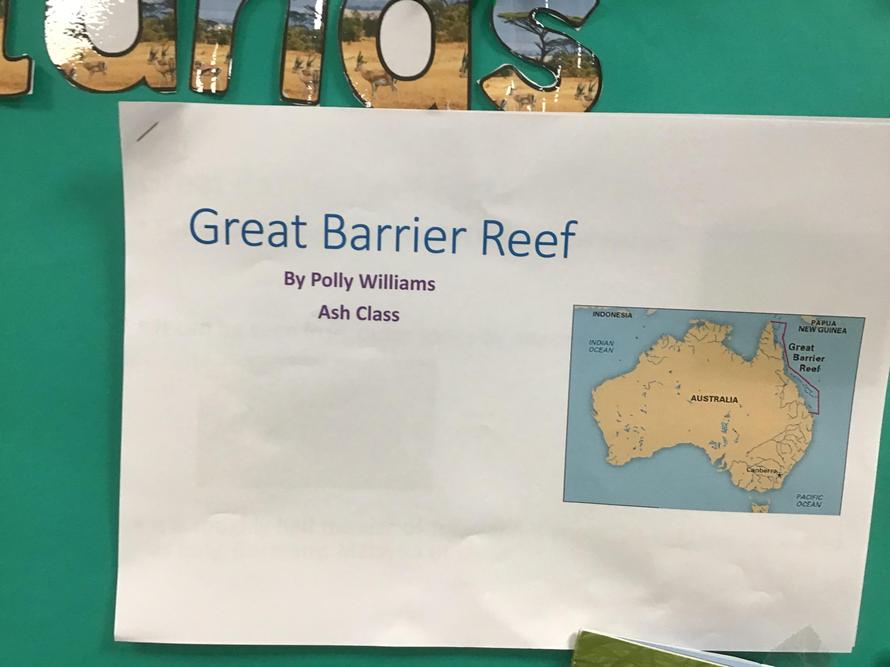 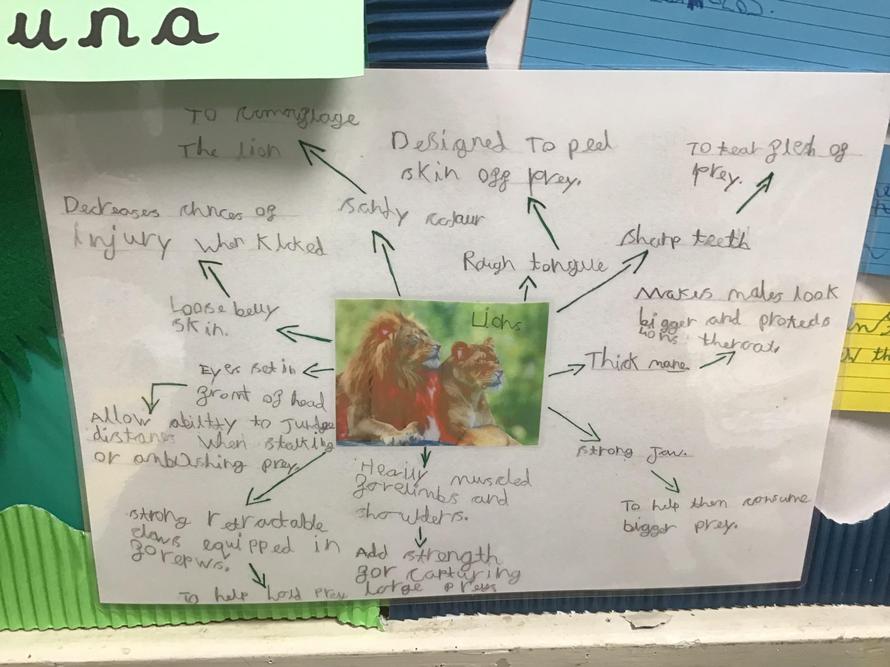 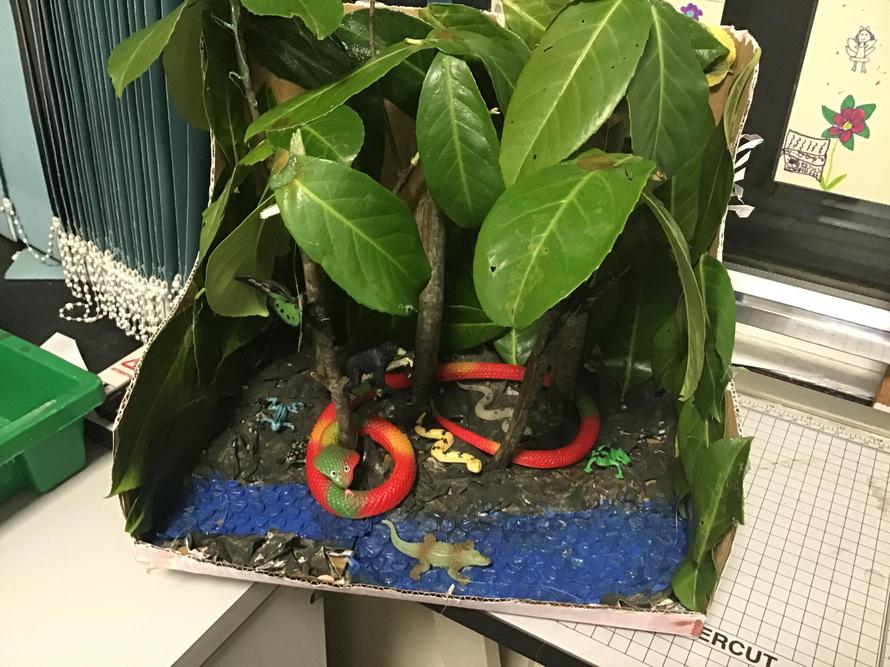 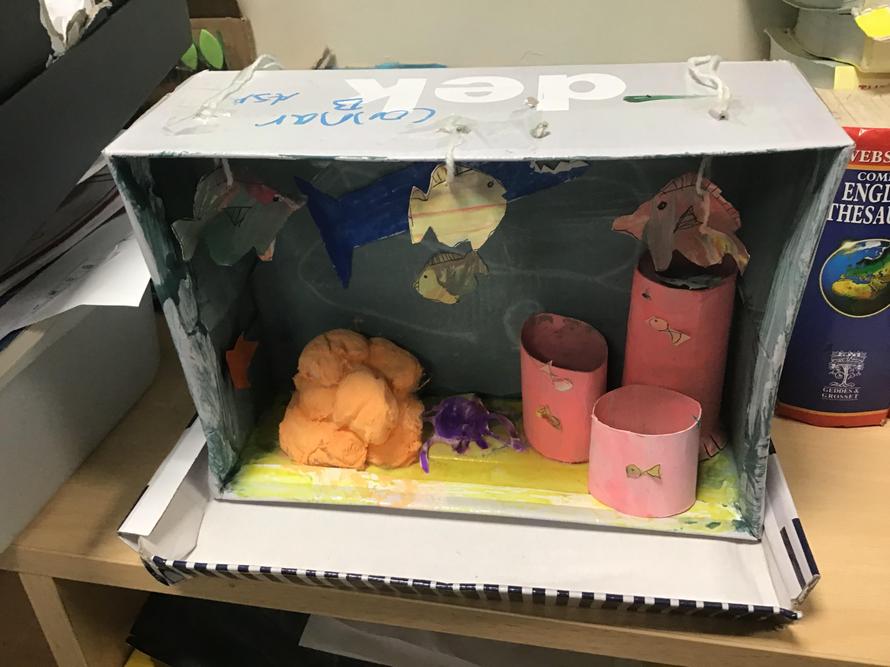 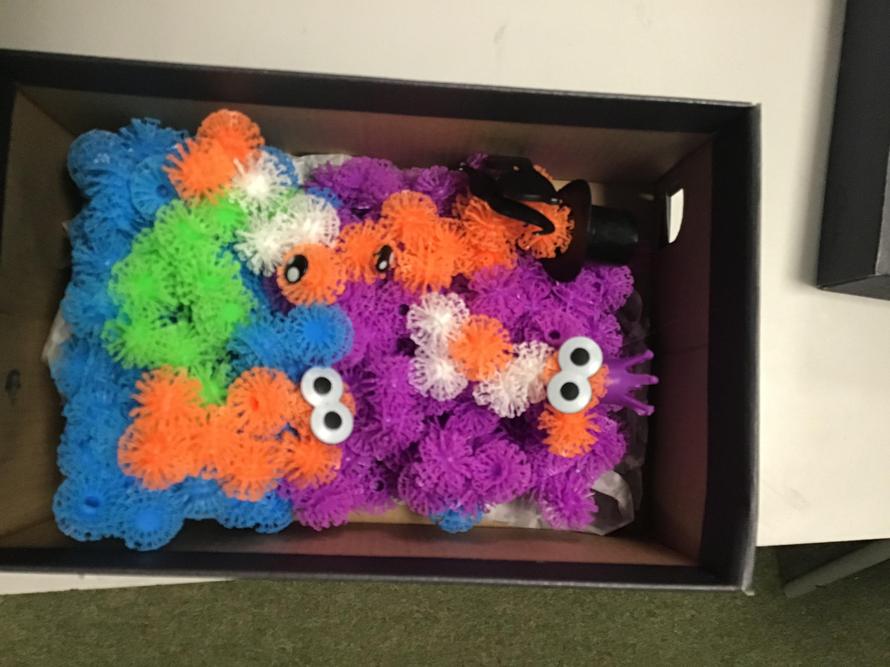 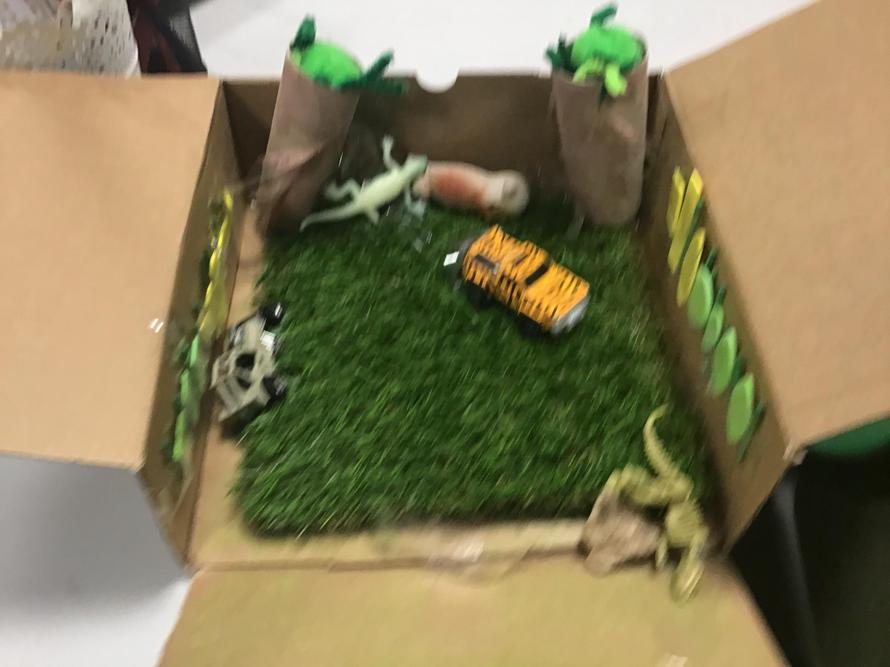