While black history is celebrated year round, Black History Month is marked annually. It recognises and values the inspirational individuals and events that have shaped the black generation. During Black History Month, we remember and celebrate the important people from the past and also those who contribute to and help our society today. 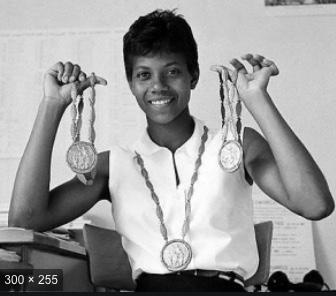 On Friday 18th October Ash class explored Wilma Rudolph. We read stories and made posters. Wilma was an American athlete who was the first black woman to make a major impact on international track and field. She recovered from childhood polio, pneumonia and scarlet fever and was told by doctors she would never be able to walk.  She went on to win three gold medals at the 1960 Olympic Games, the first American woman to ever do so. Her post-Olympic career included goodwill ambassadorial work for the American government in Africa, as well as campaigning work for the Civil Rights movement.