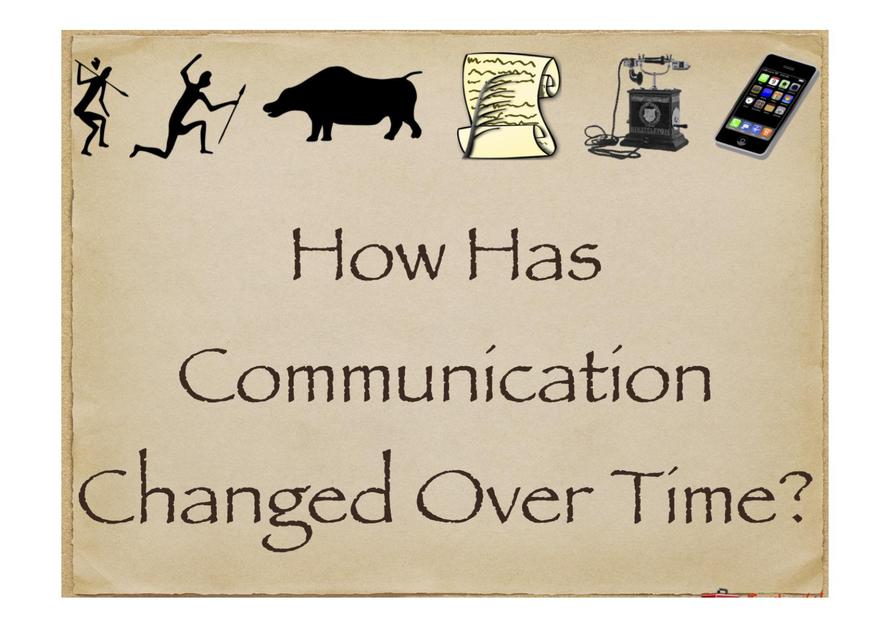 For our topic this term we have been thinking about the question ‘How has communication changed over time?’ From the early cave paintings to the smart phone; it is fair to say that humans have, as a species, made vast developments in the way that they communicate with one another.

In class we have discussed the question, ‘What is communication?’ and have plotted along a timeline some of the significant developments in communication through the ages. We have also talked about the concept of ‘chronology’ and why it is important for us to learn about the past.

Over the next few weeks, please take a look at the activities below to build up a project of work to do with our topic to present how you choose. Each week I will add some new activities to this list. :-)

1. What do cave paintings teach us?

Last year the children learnt all about the Stone Age and spent some time exploring the wonderful cave paintings that have been discovered, that were left by our Stone Age ancestors.

What can these cave painting teach us about communication and community?

Cave paintings tell us a lot about early humans, their struggle to survive and to hunt for food, but they also illustrate the human need to communicate. This communication comes in the form of a mark for the future to help, guide or teach those that follow. Some people believe that the paintings were created to bring good luck, others believe that they are simply art as musical instruments were also found in caves. What do you think?

In your own words, answer the question 'What do cave paintings teach us?' Have a go at creating your own piece of cave art. Take a look at the video link below for one example of how you can do this using some paper and some watercolour paints.

2. How did the Ancient Egyptians communicate with each other?

Hieroglyphs are an early form of writing using picture words, which dates back to as early as 3000BC. Hieroglyphics was a very complicated way of writing involving 1000s of symbols. Some of the symbols represented sounds, like our letters, and others represented entire words. There are over 700 hieroglyphic symbols.

3. The history of story telling

Storytelling originated with visual stories, such as cave drawings, and then shifted to oral traditions, in which stories were passed down by word of mouth. This oral story telling dates back to different points in history, depending on the culture. These traditions use song, chant and poetry to tell stories that had been handed down from generation to generation and eventually written and published.

Myths were also first passed on through word of mouth. For example, oral myths in the United States are most common among Native American cultures. The Cherokee tribe continues to recount their creation story and traditional storytelling by word of mouth still takes place whenever a group of people get together to socialise.

Tell a story to someone at home. It could be a well known traditional tale that you can remember, like 'Jack and the Beanstalk' or 'Little Red Riding Hood'; a poem such as 'The Owl and the Pussy Cat'; maybe a Nursery Rhyme like 'Hey-Diddle-Diddle' or 'Humpty Dumpty'; or you might even like to have a go at creating a story with your family. The more you practise, the more details you will begin to include as your confidence grows.

Like many older cultures, the Vikings had professional poets and storytellers who carried the history, stories and mythology of the Norse culture in their heads. No poetry or sagas were written in the early years of the Viking Age. The history of the Norsemen and the stories of their gods and goddesses were memorised and told wherever a group would meet.

Those who did the memorising and composed the poems and stories were called skalds. These men held the entire Viking culture in their heads. They used their knowledge to convey the Viking’s literature, poetry, history and stories to the people from generation to generation.

In Medieval times, all books were hand written and decorated by hand, usually by priest and monks. They were seen as very precious works of art, and you had to be very skilled to produce them.

Take a look at the PowerPoint below. Design and make your own book mark with your name drawn in illuminated letters.

> a strip of paper or card

For around 4500 years before the printing press was invented, books were produced by hand. They were written on clay, papyrus, wax and parchment.

Who invented the printing press in England?

Research this question and create a fact file. Here are some links you might find useful.

Imagine how long it would have taken to write a book out by hand. Practise writing this information out in your neatest handwriting.

7. How does modern technology affect the world today?

Technology continues to move at a very fast pace, changing our daily lives. WE can communicate from almost anywhere in text, voice and by video, using the internet.