So what do you think we should do about the fact that there may very well be a giant on the loose somewhere? Even though I think I might be a little bit scared of something taller than a T-Rex, I would definitely like to find out some more about these ginormous creatures. Would you like to meet it? 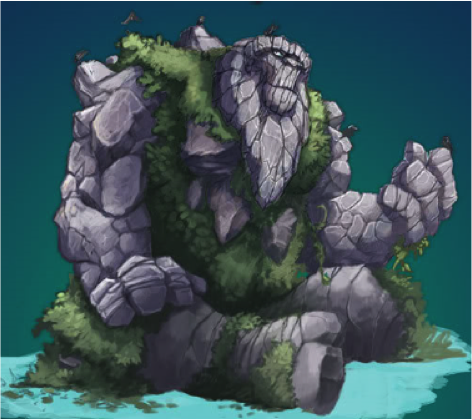 Okay, I have a plan. Let's trap a giant! But first we are going to need some equipment and some clear instructions. Take a look at the examples I have found below from an experienced 'Curious Creature Catcher.' He's had experience in trapping dragons, ogres and trolls...and I think his instructions will come in handy for us when we write our 'How To Trap A Giant' instructions.

I have given you a planning sheet so that you can jot down your ideas before you write your instructions out neatly and present them any way you would like. You might also find the instructions word mat useful for some key vocabulary too. 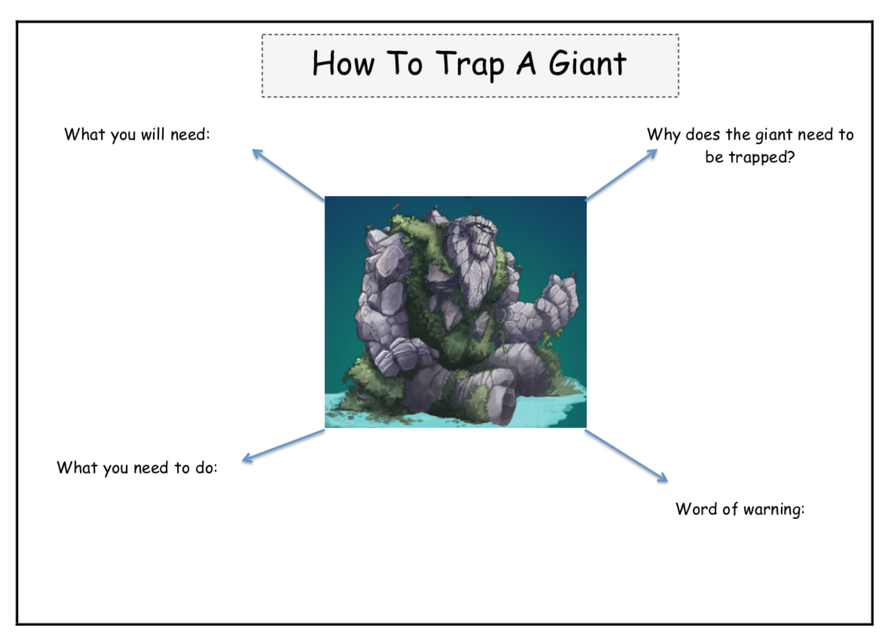 Good luck! I can't wait to see what plans you come up with. Together we will find the perfect strategy.

On the windy north coast of N.Ireland, an unusual footprint was discovered on the beach, not far from the World Heritage Site called 'The Giant's Causeway'. This rock formation is believed to be 50-60million years old and was made by the successive flow of lava that was then cooled by the sea and is on my bucket list of places to visit. 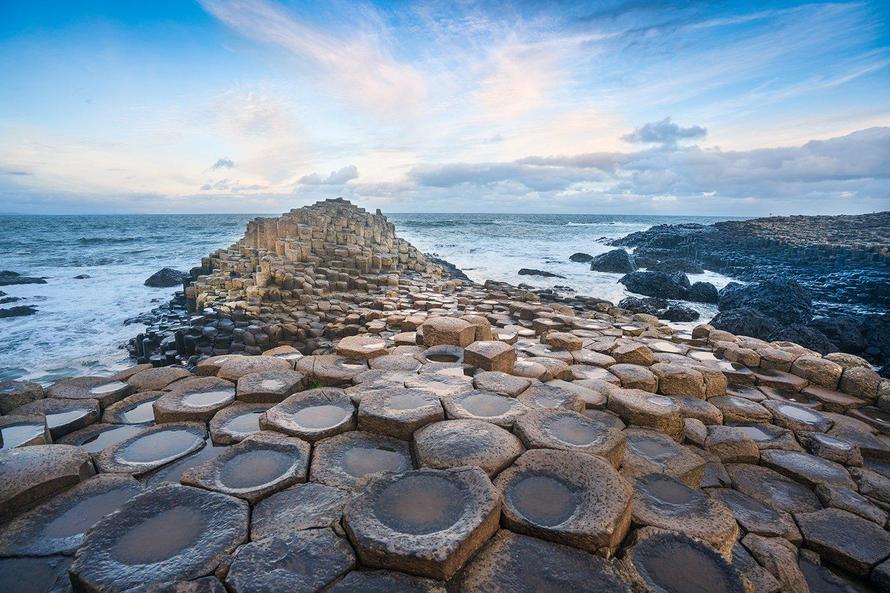 But who or what does this mysterious footprint belong to? 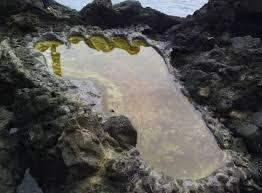 * Is it a giant's footprint? Are giant's even real?

* How long has it been there?

* Who discovered the footprint?

If you do believe that giant's exist, or existed at some point on the earth (they may now be extinct like the dinosaurs), what do you think they looked like? Can you draw me a picture and add some labels. Challenge yourself to write some sentences that include an expanded noun phrase to describe your giant picture.

Giant's are as tall as towers. They have grey, wrinkly skin like stone and mesmerising, amber eyes .

Whatever made that footprint on the remote, windswept beach must have stomped pretty hard. Or maybe they jumped? Or perhaps they were just walking along and the weight of them imprinted on the rock.

Watch the video below about using the suffixes -ed and -ing.

A suffix is a letter or group of letters that goes on the end of a word and changes the word's meaning.

Some suffixes have specific uses. For example:

After you have watched the short video, have a go at the practise activities.