Our main focus in Maths is place value. A secure understanding of place value is essential for all other mathematical knowledge to build upon. The areas we will cover this term include:

- finding 1000 more or less than any given number

- recognising the place value of any digit in a four digit number (thousands, hundreds, tens and ones)
- ordering and comparing numbers beyond 1000

- identifying, representing and estimating numbers using different representations
- counting backwards through 0 to include negative numbers
- rounding any number to the nearest 10, 100 or 1000

As part of our Place Value unit, we have been comparing our number system to that used by the Romans. In our number system we have ten digits (from 0-9) and we can make as big a number as we want with these. Roman Numerals do not have a zero (0) and have 7 digits (I, V, X, L, C, M). Another big difference is that unlike our number system, which is positional, the Roman number system is additive, so you just add the values together. The children went out on the playground to practise making numbers in Roman Numerals. Can you guess what numbers they have made?

The children also enjoyed challenging me to a game of Roman Numeral Road Hopper which you can find on this link:

This term we will be adding and subtracting numbers with up to 4 digits using the formal written method of columnar addition and subtraction. We will be using the inverse operations to check answers to a calculation and solving two step problems in contexts, deciding which operations and methods to use and why.

We will be measuring and calculating the perimeter a rectilinear figure (including squares) in cm and m as well as converting between different units of measure (for example kilometre to metre).

-use of place value, known and derived facts to multiply and divide mentally, including: multiplying by 0 and 1;multiplying three numbers

-recognising and using factor pairs and commutativity in mental calculations

-solving problems involving multiplying and adding, including the distributive law and harder multiplication problems such as which n objects are connected to m objects.

This term we have been focusing on multiplication and division. The children have been learning written methods for each of these key areas.

Learning our Times Tables is a big focus for us in Year 4 with our Multiplication Tables Check coming up later on this year. The children have been enjoying challenging one another in the Times Tables Rock stars Arena. 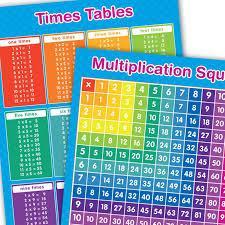 This term our focus will be on Fractions and Decimals.

-count up and down in hundredths; recognise that hundredths arise when dividing an object by a hundred and dividing tenths by ten

-add and subtract fractions with the same denominator

-find the effect of dividing a one- or two-digit number by 10 and 100, identifying the value of the digits in the answer as units, tenths and hundredths

-round decimals with one decimal place to the nearest whole