Topic 2: How much did the Ancient Egyptians achieve? 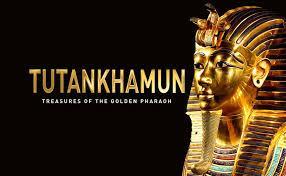 This terms topic flows on nicely from our 'River' focus last term. Ancient Egypt existed some 5,000 years ago. It owes much of its success to the River Nile, whose annual flooding cycle and controlled irrigation allowed for rich fertile land and prosperous agriculture. Although the exact end date for this ancient civilization is uncertain, its prime location being protected by the 'red land' or barren desert on two sides and the riches from the Nile, enabled it to thrive and become a leading nation in the Mediterranean world.  It is estimated that it lasted around 3,000 years, in which time many achievements were made.

Much of what we know about this period is as result of surviving evidence through structures such as pyramids, temples, artefacts as well as writing (hieroglyphics). The Egyptians had a well-structured society with pharaohs at the top, nobles, scribes and priests, but most were farmers. There were also slaves. The status of women was relatively high in Egyptian society, with some becoming pharaohs. There were a number of famous pharaohs including Rameses III, Akhenaten and Tutankhamun. Religion was also really important to the Ancient Egyptians, with a strong belief in the afterlife – as evidenced by the often elaborate burial processes.

Amulet: an object to protect its owner from harm or danger

Book of the Dead: a book of magic spells

Hieroglyphics: a type of writing using pictures and symbols

Mummy/mummification: a dead body that has been specially preserved/the process of making a mummy

Papyrus: a plant from the banks of the Nile used to make paper, boats, sandals, baskets and rope

Pharaoh: the supreme ruler of all of Ancient Egypt, considered a god

Sarcophagus: a large stone coffin for a mummy

Scarabs: amulets, often in the form of beetles

Sphinx: a mythical creature with the body of a lion and the head of a pharaoh